What and where did Pemmican originate?

Traditionally, pemmican was prepared from the lean meat of large game such as bison, elk, deer, or moose. The meat was cut in thin slices and dried, either over a slow fire or in the hot sun until it was hard and brittle. This thin brittle meat is known in Cree as Pânsâwân and colloquially in North American English as "dry meat". Then it was pounded into very small pieces, almost powder-like in its consistency, using stones. The pounded meat was mixed with melted fat. In some cases, dried fruits, such as blueberries, chokecherries, cranberries, or saskatoon berries, were pounded into powder and then added to the meat/fat mixture. The resulting mixture was then packed into rawhide bags for storage. Since there is no "official" recipe for pemmican, the shelf life can vary depending on ingredients and storage conditions. At room temperature, pemmican can generally last from one to five years, but there are anecdotal stories of pemmican stored in cool cellars being safely consumed after a decade or more.

Though, this is not what happens at our Pemmican Days, it is merely a tribute to the First Nations culture.

This annual event for Saulteau First Nations usually kicks off with Treaty Annuity Payments, a Parade to the Grounds and Community Feast to follow. It also consists of traditional and non-traditional games, competitions and special events.

All events are played in Men, Women, and Youth Categories. Typically, hand games are played by all men, women and youth. This is an extremely beneficial time for our community’s youth as they can learn from our elders while bringing everyone together. Pugeesee (handgames) is easily one of the many highlights of the weekend.

Pemmican Days is held in July at our Nation’s Pemmican Grounds created specifically for this annual event. This allows a traditionally fun, culture filled, family friendly weekend full of memories year after year before summer gathering and fall hunting, which are still common practices amongst the Saulteau First Nations people.

We are committed to celebrating our culture and holding true to our values as Dunne-Za, Saulteaux and Cree people. Alcohol and drugs were not part of our traditional ways and we ask every year that participants honor our request to keep this away from the grounds during our celebration.

Pemmican Days was started in the early 80’s. Jack Davis was the Chief of the Nation at the time. Himself along with two others, Bud and Art Napoleon worked as team of three to create what is now known as Pemmican Days. Bud remembers how exciting it was to begin.

We used to pull each other off horses. It was so fun! West Moberly First Nation did the same the next year. I’m happy it continues today.

With the continuation of Pemmican Days year after year we strive to keep our traditions and culture alive for our future generations. We welcome anyone and everyone to join us during this fun filled weekend to share our knowledge and traditional ways of life. 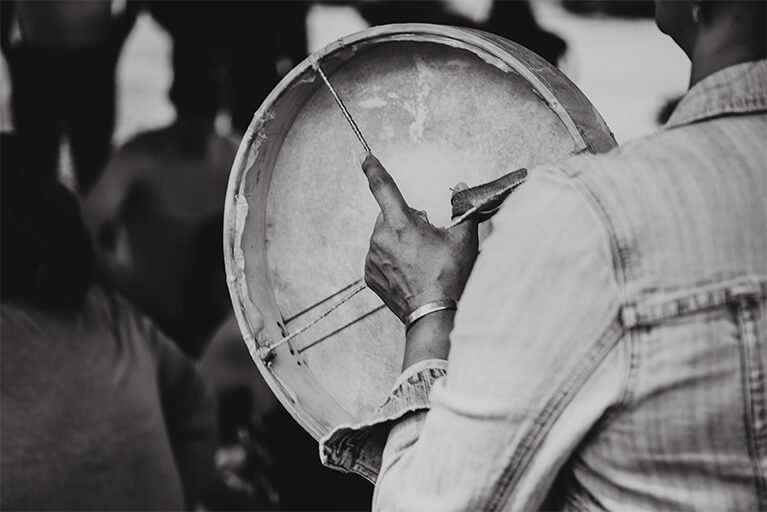